IMPACT OF SOLAR ENERGY ON ENVIRONMENT 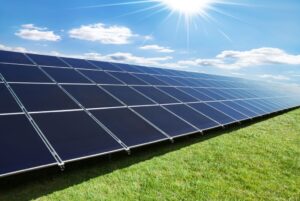 Advance history of human race on earth has faced a number of irrevocable challenges regarding Global Warming which is caused by burning of the fossil fuels for generation of electricity to meet the infinite energy needs of the progressive industrialization and urbanization in this modern world.

The world is finally shifting towards renewable sources of energy including solar, wind, geothermal, Tidal, Biomass and Hydro power.

Put aside the Environmental Challenges, the situation is even worse in developing countries like Pakistan where oil derived electricity is not affordable for the masses. The high cost of generation has led us to look for the alternative forms of energy to fulfill the needs of electricity. Solar power is one of the best renewable energy options which provide attractive advantages such as environmental protection with an ultimate full stop to greenhouse gases.

Grid connected solar systems convert the sunlight directly into electricity which is then fed either into the grid without storing in batteries or to localized distribution networks. Solar energy, like many other renewable energy options, is generally carbon free and does not emit greenhouse gases during its operation, since global warming and climate changes are mostly caused by the release of carbon dioxide and other greenhouse gases into the atmosphere.

A look at the world’s map of mean solar radiation reveals that Pakistan receives huge amount of solar radiation. This makes Pakistan exceptionally suitable for solar energy projects. In spite of this high potential in solar radiation, Pakistan is still lacking behind rest of the world in terms of solar energy exploitation and other solar services in general. But now the situation is changing very fast in this sector. It is envisaged that by 2025 our national energy mix shall be deriving around 25% of total electricity consumption which is a big promising number.